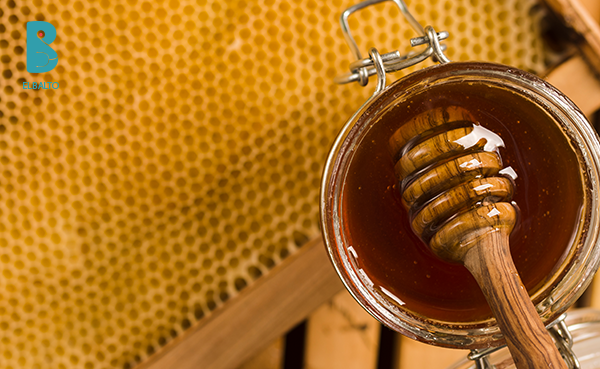 On the occasion of World Bee Day, we explain some of the nutritional benefits of honey. The benefits of honey are many and have been known for thousands of years, as honey has been used in a variety of ways, whether as food for the body or as an ointment for the treatment of burns, infections and other diseases. Honey ingredients Honey is a source of carbohydrates, as a tablespoon of food provides us with approximately 64 calories. Honey consists mainly of: - 80% of natural sugar (mostly fructose and glucose), and due to the high level of fructose in it (fructose), honey is considered better than table sugar. - 18% of the water, and the lower the percentage of water in honey, the better its quality. - 2% of its components are minerals, vitamins, pollen, and proteins. What does honey contain? Honey contains: - Vitamins: a small percentage of vitamins, the most important of which are: B6, thiamine, niacin, riboflavin, pantothenic acid, and some amino acids. - Minerals: Low levels of minerals, which include: calcium, copper, iron, magnesium, manganese, phosphorus, potassium, sodium and zinc. - Antibacterial material. - Antioxidants such as riboflavinoid. Benefits of Honey The benefits of honey relate to many health properties that accrue to the human body, the most important of which are: 1. An energy source for adults and children Honey is a highly valued foodstuff and is used as food for children and adults. It is the only local material that is not man-made and consumed as food that does not need refining. Honey can be kept longer when properly stored. 2. Antibacterial and microbial Honey is similar to antibiotics as it has the ability to kill many microbes, viruses, and fungi. It also interacts with cells in the body to produce antiseptic substances that reduce inflammation and poisoning. 3. Reducing the level of fat in the body As a substitute for refined and processed sweeteners, honey contributes to the prevention of many: obesity problems, heart disease, and atherosclerosis. Where it was found to have a role in reducing cholesterol and lipids in the blood. 4. Prevention of diseases of the digestive system Unlike simple and refined sugars such as sucrose, honey does not ferment in the stomach as it does not stay long since it is rapidly digested, thus posing no risk of bacterial invasion. It passes directly from the small intestine into the bloodstream without causing any irritation in our digestive system as does sucrose. A clinical trial also found that one of the benefits of honey is that it helps in treating: - Indigestion. Bowel infections and constipation, as it is a mild laxative, as it increases bowel activity. Gastrointestinal disturbances, as it works to cancel excess stomach acidity, which often leads to ulcers. Many doctors have used honey to treat gastric and duodenal ulcers. 5. Preserving the teeth and protecting the gums Honey plays an essential role in preserving and protecting teeth from cavities and their proper growth. It also has a role in strengthening and protecting the gums. 6. Cancer prevention Honey contains vitamins and antioxidants, and in fact, one of its unique antioxidants called "pinocembrin" is found only in honey. Antioxidants are known to play a major role in preventing cancer and preventing the proliferation of cancerous cells, especially in cases of esophagus, mouth, intestinal and stomach cancer. 7. Treating cough According to many researches, honey is an effective and safe treatment in treating child coughs without over-the-counter medications, as it helps in removing phlegm and throat infections and relieving cough, and thus it is used in the manufacture of many cough medicines. 8. Promote and increase blood hemoglobin Numerous research has found that honey has an active role in regulating blood pressure and increasing hemoglobin. 9. A good choice for athletes Honey is a source of energy supply to the body and raising the level of blood sugar (glucose) in a simple period and thus it is the ideal option to supply energy to athletes and help them train and do physical exertion. Also, its use as a source of carbohydrates during exercise helps to improve performance significantly, especially during endurance races and cycling. 10. Treat wounds and burns Honey contains the enzyme responsible for producing hydrogen peroxide, which makes it useful in treating wounds and relieving pain, disinfecting them and preventing germs and bacteria from growing by creating an acidic environment and thereby preventing their inflammation. Numerous studies have shown that topical use of honey on superficial burns helps to heal it in a large and effective way and helps heal wounds faster. 11. Good for skin, skin and eyes Honey has been found to have benefits for the skin and skin, as honey helps: Purifying the skin. - It is used to treat eczema, psoriasis and acne, as it contains anti-bacterial properties. Honey helps relieve dry skin and cracks in the feet. Thus, it is used in the manufacture of many cosmetic products and soaps that help with the freshness of the skin, as well as in preparing ointments for eye treatment, as it is useful in treating eyelid and corneal infections and ulcers. 12. It has an effect on the nervous system Honey forms an analgesic for the body, so consuming it before bed can calm the nervous system and overcome some sleep disorders such as insomnia.