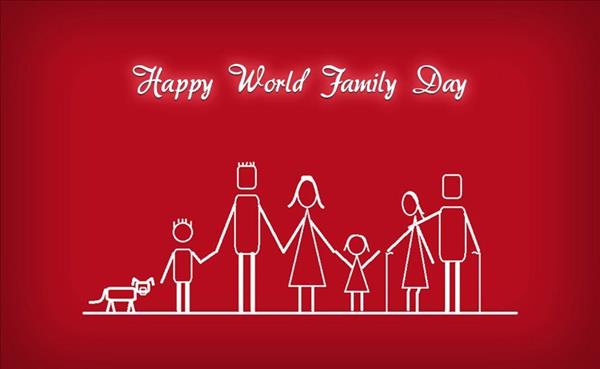 Disorders of mental health in many and the emergence of mental illness and deviations especially among children, juveniles and young people, as well as the emergence of drug abuse, alcoholism and criminal behavior are all manifestations of disintegration of the family

- The transition of psychological illness from parents to children is not necessarily where genes play a large role in the health and psychological state of the human but for the conditions of living and the situation of prisoners also a large role. One-third of children whose parents suffer from mental disorders do not suffer from any emotional or behavioral disorders ... while another third suffer from some transient problems ... while the last third suffers from real and long-term adaptation problems. م Family resources are valid from the perspective of psychiatry.

1 - Adaptation and social and emotional and psychological adjustment. 2 - Provide an adequate standard of living

3 - Completion of the family body